“Motherhood is not a hobby, it is a calling. It is not something to do if you can squeeze the time in, it is what God gave you time for.” —Rachel JanKovic."

Quite an old fashioned quote according to me.. But motherhood definitely requires lot of time and patience. It's irrelevant whether you are a working woman or a home maker.. there are some things every new mother hears from people of all age groups around her. Having experienced it personally since few months, these lines are stuck in memory firmly. So what better place to jot down than my blog.. 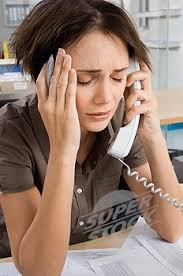 If I had a ruppee for everytime I was asked this in last 6 months. Initially this question makes u feel like you have conquered mount Everest. More than the question.. it's the way it's asked. Almost sounds like "welcome to hell" I had literally after a point started answering in sarcasm to this question."yeah.. cleaning potty and changing diapers...I was sooo looking forward to it...my life's aim is achieved" Haha. 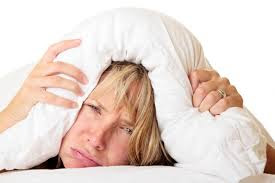 I don't know if it's generally the case that the baby doesn't let the mother sleep a lot.. and I m sure it differs from baby to baby but I m sure there is adjustment time for both baby and mother so sleep just doesn't remain a priority for the mother. But it's really unfair to ask this question..because it's almost as if motherhood involves NOT getting sleep forever, which is not the case always. Once the sleeping pattern is developed everything falls in place...Ofcourse i.e if you haven't already passed out by then.

3. Has he started
talking/crawling/eating yet?
Whether the kid is 3 months or 6 months or even newborn...somehow.. everyone is very curious to know the status of their growth. From crawling stages to walking to talking.. they know exactly which stage should the baby be on. Sometimes the question is asked so many times that u start doubting the baby if it hasn't started crawling or talking at a certain age... 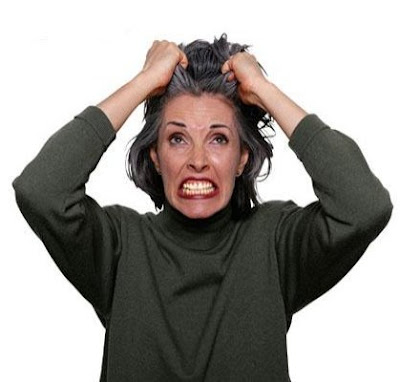 4. How many teeth has he got?
The first stage of development for any child would be getting teeth...however I don't understand the curiosity of other people to know how many teeth has my kid got... Ofcourse.. I have no other work but to keep taking headcount of my kid's  teeth.

5. Where is mommy?
Why is every child supposed to take this test and pass with flying colors. The moment he recognises you as a  mother..that proves you have won half the battle...(or so it seems). 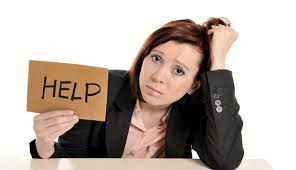 6. When are you resuming work?
The most common question asked to working women who become a mother. Maternity leaves obviously doesn't allow a long leave for women in India.. but every time this question was asked to me.. it really made me miss working.

7. Hey..join us!!!! Mom groups on social media.
The moment you become a mother and officially announce it on social media..somehow the cool trending advertisements that used to be visible on your timeline change.. What once used to be sexy lingerie and party wear dresses..now starts suggesting best diaper brand for babies and breastfeeding pumps. 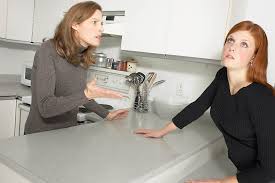 8. Advice and loads of it!!
I don't even wanna get started on how much advice we get during our initial months. How to breastfeed...how to hold the baby.. put the baby to sleep.. what to talk to the baby.. what kind of nappies to use..what to feed them, which massage oil to use.. etc etc. I am sure as wellwishers they want to suggest their expertise on parenting..but too much of anything is not good and can get really overwhelming.

9. How does it feel?
Can anyone describe a feeling. There are days I don't sleep a second.. days I forget to eat.. time is a delusional concept for me.. but overall.. I m feeling awesome.

10. "Is it a boy or girl?"
Generally within first few months of being the toddler, it's not easy to recognise the gender of the child. So this is a very common question. Ofcourse there are some geniuses who tend to guess the gender.. or just use generic terms like.. "aww.. such a cute baby" and even conveniently avoid he/she in their sentences. "Looks just like you" or "Eyes are just like yours". It's recommended that you help them clarify their doubts by telling them in hints whether it's a he or a she.

11. Why adoption?
This question is only applicable to certain mothers like myself who chose to adopt..but nevertheless it's the first question on the list for parents who adopt. Unfortunately..we still are in a culture where adoption is not accepted easily..and people instantly start feeling sorry for adopting parents. All I can say is there is no bigger joy than seeing a smile on your baby's face.  End of the day..that's what will form a relation bigger than blood ties.

Hope you enjoyed the blog.. it's been a while since I wrote.. So been a little rusty... but do share with me if there are any things I forgot that you have heard and maybe I can add those up here..

Heylo my readers. Thank you so much for being patient with my blogs and i sincerely apologize for all the delay. Its not like i have had requests pouring for a new blog, but with current circumstances,  i have the chance to get back to my very old love of writing.

I have been spending whatever little time i m getting from my schedule these days visiting YouTube and coming across various channels and videos for the pleasure of viewers. Some of my favorites being, AIB, Beingindian, iisuperwomanii, East India Comedy, etc. I have come across a lot of videos describing the variety and categorizing of various species of people we come across in our daily life, types of cousins, every bombayite in the world, types of colleagues, types of friends, teachers, and many more. Seeing them inspired me to write one on my own too so here goes. Here's another set of acquaintance we all encounter in our day to day life.. neighbors.

1. Friendly neighbours:  Now this is easily the most liked type of neighbour and  at the same time the most rare type...You know what i mean. The one who smiles to you every time they meet, offers to hold your shopping bags when you need help, someone who knows your family members and inquires about them everytime. Basically, all qualities of an ideal son or daughter they would have. Decent, well mannered, and co-operative. Unfortunately this type is not easily found and if found is often misunderstood as fake because no one can be THAT nice.

2. Nosey neighbours: Ever felt like someone is continuously watching your every move? if yes? You probably live next door to this type. They might seem very normal to the naked eye, but they will know exactly when you will run out of sugar and have an answer ready if u ever need to borrow. Nosey neighbours can be easily confused with the friendly sorts, but don't be fooled by their innocent looks. They can sort out your entire family history by just few questions and assumptions.

3. Khadoos neighbours: This kind is the most easily found species. The most annoying kind, this species will make your day start bad just by meeting you in the elevator or lobby. These are the kind who will make you feel like the dirt of the building and they are the king or queen. They are the ones who will never participate in society meetings, never shell out money for leprosy drive contribution, and last but not the least the ones who never bear a smile on their face. Stay away from these kinds if u want to avoid negativity. 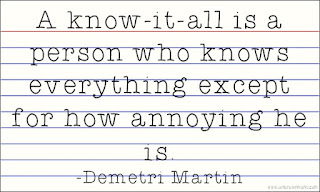 4. Know-it-all neighbours: Have an encyclopedia at home...u can be sure this type knows more than your entire collection put together.  From How to manage finances, to how to handle society staff better, how to organize functions, which aarti to sing during festivals,  etc. this kind will always know how to do things better.  The sad part is.. they are only talkers. You can be sure that when time will come to taking up responsibilities,  this kind will back off immediately...on pretext of bank work...or homework.. 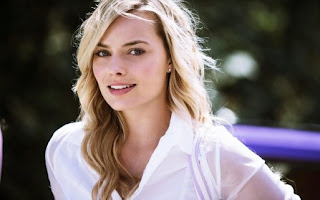 5. Hot property neighbours: Now these are the kinds who every person has as neighbour, but they will never admit to have... At least once in our lifetime,  we all have that one hot male or female neighbour,  most hard to ignore, and easily tempting. The convenient part is.. we tend to always pretend to not notice them, for the sake of our lives that could be at stake if our spouse or parents find us giving attention to them, so we behave as if their presence has no effect on us.. Unfortunately, this kind is aware of which category he/she is, so knows what effect their one smile or acknowledgement has on people around them. Its quite possible, that awareness might convert this kind into a khadoos neighbor. 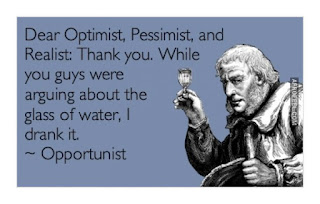 6. Opportunists neighbour: This type is not the harmful kind, unless u are at its receiving end. 'Thodi cheeni milegi?' "yaar pappu ko thodi der sambhalogi?" Mera ipod kharaab ho gaya hai..tera le jaoon?" He/she reminds you of your annoying roommate in college who used to borrow even your toothbrush without the courtesy of asking. Good thing is... this kind has a clean conscience and will never mind if someday you decide to outright refuse them of the privilege of borrowing. On the contrary, they ask so sweetly, that you are barely able to refuse.
I am sure i have probably missed out many kinds, and would love to know if you have any other types of neighbours you stay next to.. Maybe together we can have a 'Types of neighbours part 2 blog' too..
Looking forward to your views and comments. I also need to know if my comeback on blogging has impacted my writing skills..would love to work on them.

10V
Mumbai, Maharastra, India
I m a happy go lucky girl with an attitude of Live and Let live. More commonly known as 10v, a scorpion by nature,attitude and heart. Outgoing, Fun loving and Positive are few words that describe me.